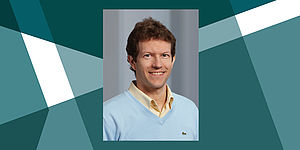 The topic is „Experiencing a new Internet Architecture“ 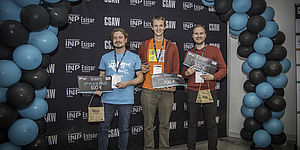 Within the category "Applied Research" Simon Rohlmann and Moritz Schlögel were awarded with the 2nd and 3rd place. 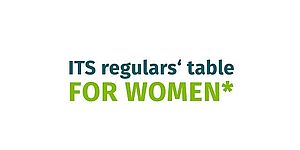 On December 1st, all interested women* in ITS will meet at the Christmas Market in Bochum. 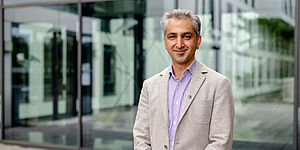 He will give a lecture on "Simply Secure: Tools for Automated Generation and Evaluation of Protected Hardware". 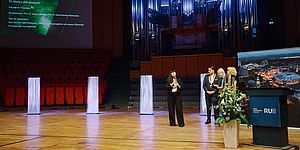 On November 16, 2022, Dr. des. Mary Shnayien was honored during the 23rd Annual Academic Celebration of the Ruhr-Universität Bochum (RUB). 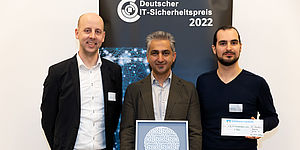 In our CASA Distinguished Lectures, we welcome selected international and national scientists at the HGI. The lectures of these influential and pioneering guest speakers, usually lasting one hour, are always followed by a discussion with the participants. Our goal is to encourage discussions and open up new perspectives within the field of cybersecurity research.

We have enjoyed tremendous success over the past ten years in organising the ITS.Connect careers fair, the only Germany-wide event that connects attractive employers with highly qualified IT security graduates. In addition to providing an opportunity for personal exchange amongst companies, public authorities, other organisations and students, the ITS.Connect offers visitors a multifaceted programme of events focused on finding jobs in the industry and career development and planning. The ITS.Connect has grown steadily since its first year in 2008 and set its latest record in 2019. The next ITS.Connect will take place on 05 May 2020.

You are welcome to download our logo here if you want to report about the HGI. For further graphical material please contact us at hgi-presse(at)rub.de

The HGI attaches great importance to equal opportunites. Outstanding science can only arise in an open culture and a way of thinking that goes beyond the boundaries of gender assignments. This is not only expressed in funding measures and collegial cooperation, but also in the way we communicate.

Within the HGI we have thus agreed on various linguistic techniques to enable gender-sensitive communication.

To express the diversity of the sexes in language use, we use the so-called "gender star". This asterisk is located between the (german) feminine and masculine gender of the word. It is a symbolic placeholder for diverse and open gender.

Sometimes, however, we use explicit gender attributes, for example when it comes to the concrete fundings of women. We always imply in these cases everyone who consider themselves belonging to that gender, regardless of their biological sex.

In some places, we mark this with a standard formulation among our contributions.