For the first time since 1985, the RUB is founding a new faculty. As a focus of study and research, computer science is thus given a special status. 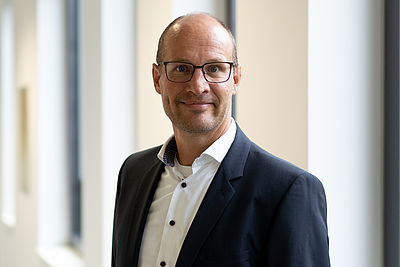 "This is historic - and of paramount importance for our university, " says Rector Prof. Dr. Axel Schölmerich. "By bundling them in a separate, new faculty, we are making one of our focal points even more visible." For the first time since the current faculty structure was established in 1985, Ruhr-Universität Bochum (RUB) is founding a new faculty. On October 1, 2021, the Faculty of Computer Science will begin its work. Prof. Dr. Alexander May has now been appointed as the founding dean.

"It is particularly pleasing that not only the participating subjects and institutions have taken the step to found this faculty, but that the entire university supports it. Everyone sees the immense importance of computer science for our location and is fully behind it," said Chancellor Dr. Christina Reinhardt. With the new founding, RUB will have 21 faculties in the future.

"We are particularly pleased for our students that the establishment of the faculty will bring together under one roof three exceptionally strong and closely integrated degree programs in computer science, applied computer science and IT security," said founding Dean May. "Graduates of these programs are already highly sought after in the job market, and the merger will significantly benefit the quality and range of education once again."

In recent years, with the help of the Center of Computer Science, founded in 2018, RUB has continuously expanded its computer science expertise through targeted appointment policies, which will now be bundled. "In this way, those who belong together in terms of content can grow together, teach and conduct research. We are particularly pleased that the Institute of Neuroinformatics, as an established, strong research partner in the field of machine learning, will also become part of our faculty," says Alexander May.

In the new appointments, he said, RUB has focused on young, high-performing junior scientists, so that the computer science faculty now consists of a dynamic team with ambitious goals. "This is evidenced by the acquisition of a cluster of excellence and the establishment of a Max Planck Institute in IT security in the past three years alone, as well as strong participation in collaborative research centers. In the future, computer science will continue to focus on interdisciplinary, forward-looking research and close ties to high-performance non-university research institutions and IT-related companies in the region," says the founding dean.

Alexander May, born in 1974, studied computer science at the University of Frankfurt, followed by doctoral studies at the Swiss Federal Institute of Technology Zurich and the University of Paderborn in 2003. After a two-year junior professorship at the Technical University of Darmstadt, he followed a call to the Chair of Cryptology and IT Security at the RUB in 2007. May was rotational director of the Horst Görtz Institute for IT Security as well as director of the research training group Ubicrypt. From 2018 to 2020, he was director of the Center of Computer Science at RUB. On September 1, 2021, he was appointed by Rector Schölmerich as the founding dean of the Faculty of Computer Science.