The submission SPARKLE - with HGI participation - has reached the final round. 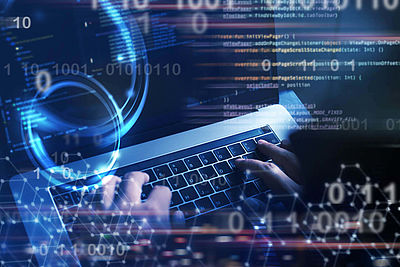 In the U.S. standards body NIST's competition for so-called Lightweight Cryptography, the ten finalists were announced on March 29. Among them is the submission SPARKLE, in which HGI scientists Christof Beierle, Amir Moradi and Aein Rezaei Shahmirzadi are involved. The algorithms of the team - Sparkle, Esch and Schwaemm - were mainly developed at the University of Luxembourg.

Indirectly, the HGI is also involved in another submission: Romulus uses the block cipher SKINNY as a component, which was developed in 2016 with HGI participation.

The competition aims to set up a new standardization of algorithms for lightweight cryptography, as the performance of current NIST standards in this area is no longer sufficient. "Lightweight Cryptography" is required for modern devices that have limited resources but are interconnected (sensor networks, distributed control systems, the Internet of Things, cyber physical systems). Most current cryptographic algorithms are designed for desktop/server environments.

On May 24, the details of the finalists' algorithms were published on the NIST website: https://csrc.nist.gov/projects/lightweight-cryptography/finalists. The final round of the standardization process is expected to take up to 12 months. During this period, the algorithms will be reviewed again for weaknesses and analyzed by experts from industry and academia with respect to their applications in different contexts. In the end, one candidate or a portfolio of several candidates will be standardized as the winner.