The lecture, "Keeping Secrets at a Distance: New Approaches to Nuclear Monitoring and Verification," will be held on June 24, 2022, at 11:00 am. 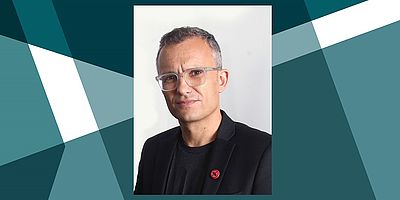 Abstract. Nuclear weapons have re-emerged as one of the major global security challenges of our time. While the ongoing war in Europe has made short-term progress in nuclear arms control and disarmament difficult, any future efforts aimed at constraining or reducing the nuclear arsenals will have to rely on robust verification mechanisms. Traditional verification approaches and technologies, especially those envisioning warhead inspections, require trusted measurement systems to confirm characteristic radiation signatures of inspected items. These signatures are considered extremely sensitive information, and inspection systems must be designed to protect them. Yet, after almost thirty years of research and development, no viable prototype systems have emerged. This talk highlights some recent efforts to overcome this impasse.

Beyond security concerns related to hardware and software, there are also questions about physical access. While onsite inspections have often played an important role in nuclear monitoring and verification, they are expensive, often considered intrusive, and pose additional risks of revealing classified information. Moreover, the current climate among many nuclear-capable states may negatively affect or limit the potential role of onsite inspections in the years ahead. Fundamentally new inspection approaches may be needed to overcome all these obstacles. One way to do so is to keep “secrets at a distance” and to avoid activities and measurements that are considered intrusive altogether. Here, we explore the idea of “secure virtual inspections” where only the host enters a facility subject to inspection while the inspector follows the relevant activities remotely. The discussion concludes with a roadmap and highlights opportunities for researchers from the security community to make critical contributions to nuclear arms control and global security.

Biography. Alexander Glaser is associate professor in the School of Public and International Affairs and in the Department of Mechanical and Aerospace Engineering at Princeton University, where he has been co-directing the Program on Science and Global Security since 2016. For Princeton’s work on nuclear warhead verification, Foreign Policy Magazine selected him as one of the 100 Leading Global Thinkers of 2014. In September 2020, the American Physical Society (APS) elected Glaser as a Fellow for “major contributions to advancing the scientific and technical basis for nuclear arms control, nonproliferation, and disarmament verification.” Glaser holds a PhD in Physics from Darmstadt University, Germany.